In late 2020, Lake Forest Pediatrics learned that its building at 870 West End Court in Vernon Hills had been sold and was being repurposed from medical office to a religious use. The 60+ year old practice with locations in Lake Bluff, Lindenhurst and Vernon hills was forced to relocate their Vernon Hills office as of March 31, 2021.

RCA worked diligently with the practice to identify a new space down the road at 565 Lakeview Parkway. They negotiated lease terms that included a favorable rental rate, substantial rent abatement and a generous tenant improvement allowance. The TI allowance and rent abatement were critical deal points that enabled Lake Forest Pediatrics to move forward with the new space, despite the uncertainty of Covid-19.

Once the lease was signed, RCA deployed its newly formed Relocation Management Team to oversee the transition from the old office to the new. RCA’s oversight of the project resulted in delivery of Lake Forest Pediatrics’ beautiful new space on budget, and just one day late (due to a supply chain issue). 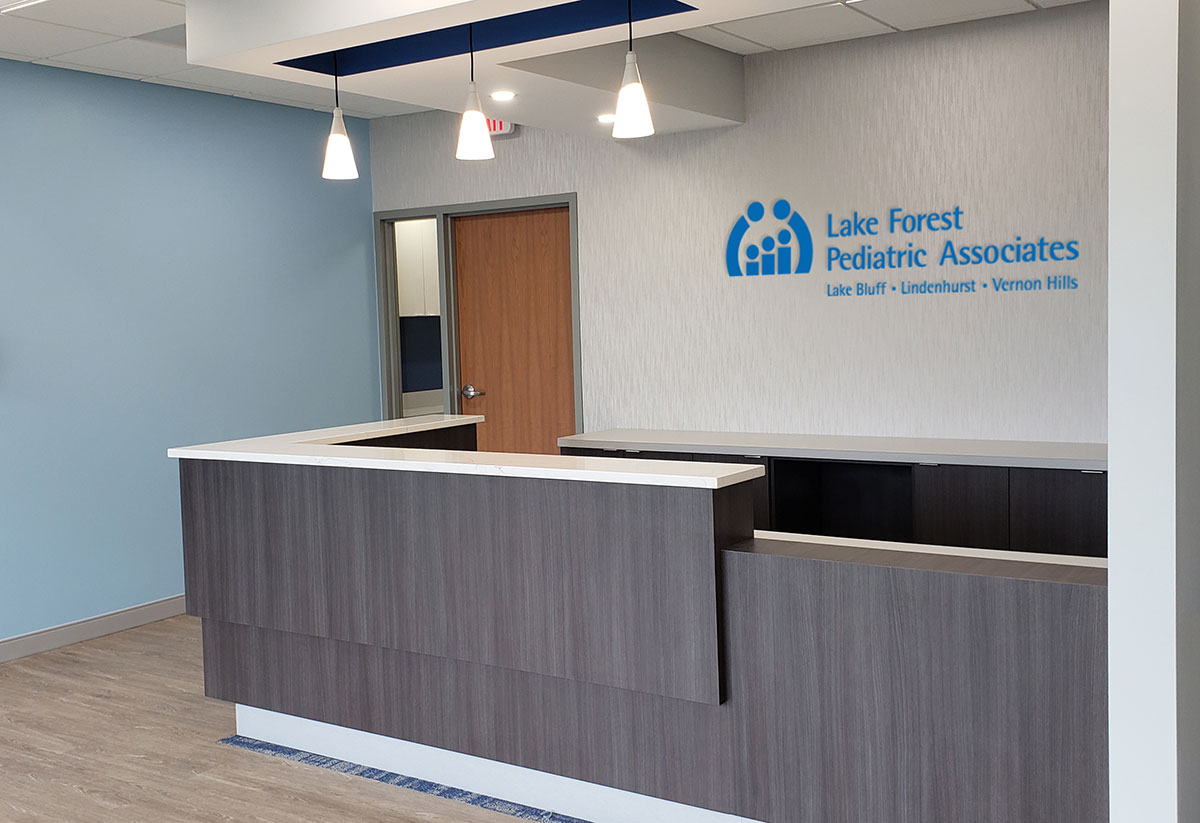